As the Anishinabek Nation chief water commissioner, Autumn has spent years advocating for water protection in First Nations communities and around the world. In 2018, at the age of 13, she addressed world leaders at the UN General Assembly on the issue of water protection. She has spoken at the Children’s Climate Conference in Sweden and the United Nation’s Climate Action Summit in New York — twice. She has been nominated three consecutive times for the International Children’s Peace Prize, and in 2019 was named to the BBC 100 Women List.

All genders are encouraged to attend.

Included in your luncheon ticket:

– Silent auction raising funds for a bursary to send a woman in Niagara to Leadership Niagara. 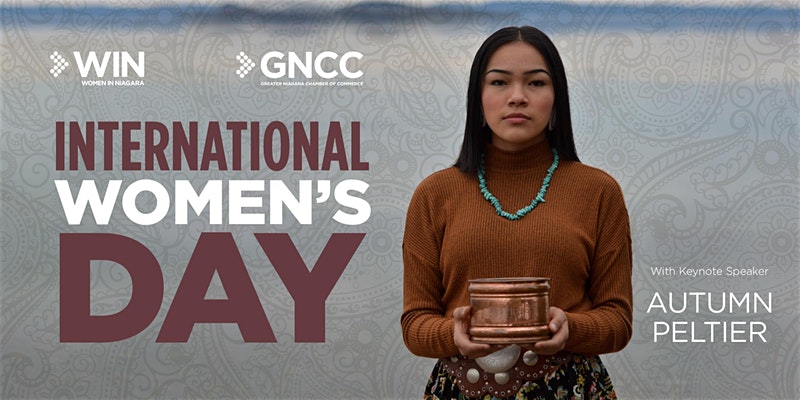